Virtual Reality Marketing is a business directory for brands in search of VR studios. We now count 1800 talented VR producers from all over the World as our members.

As our name implies we keep a close eye on  all things related to VR and marketing. When we find interesting case studies from our members we like to share them.

As we move into 2019 we thought it would be neat to show you guys some of our favourite examples of great VR marketing over the past year. There are many more excellent cases, but we couldn’t fit them all in here.

So without further ado, here are our top 10 VR marketing experiences of 2018!

The Emmy®-winning and Golden Globe-nominated Silicon Valley takes a comic look at the modern-day epicenter of the high-tech gold rush. Using the latest tech, HBO wanted to give fans an experience that brought them into the heart of the show. The attention to detail makes this experience unique. Not only is the environment a faithful reconstruction using photos and blueprints from the set, but in addition to objects you can pick up and put down, there are many elements you can fully interact with. From a table football that incorporates AI allowing you to compete against it, to a fully playable piano which replicates a real-world piano note for note. You can even get ‘drunk’ on tequila and ‘stoned’ (the screen distorts to simulate the feeling of the room spinning). 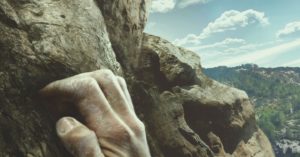 Under clear and open Mediterranean skies, buried deep in the heart of Corsica, the rough-hewn granite ‘Delicatessen’ (8b/b+) route summit looms overhead. It’s the ultimate climb within the Punta Du Corbi, an imposing tombstone of rock looming over the valley. The sensation of being just a few holds away from the peak, standing nearly 1,040 meters above sea level, is now as accessible as it has ever been before, thanks to a unique project from adidas TERREX. 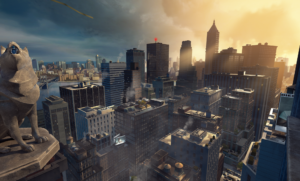 For the launch of the perfume “Only the Brave”, Diesel and his agency 84 wanted to highlight the new perfume bottle while illustrating the brand’s slogan: Only the Brave. At a height of 150 metres at the heart of New York, users have to make their way along a ledge and take a perfume bottle out of the wolf’s mouth. The campaign is deployed all over the world in shopping centres. 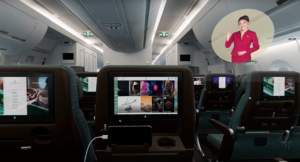 With the addition of a new ultra-long-haul route and the incorporation of the state-of-the-art Airbus A350-1000 into their fleet, Cathay Pacific wanted to create something mind-blowing and original to do justice to this momentous occasion in their history. Cathay Pacific and Neutral Digital collaborated to design and implement a VR storyboard that would show the prospective passenger visual and interactive highlights of the livery, the cabin and the brand itself.

For Columbia Pictures’ “Spider-Man: Homecoming” flick Sony Pictures Virtual Reality announced a new VR experience that will let players experience how it feels like to be Spidey. Fans were able to do some target practice with Spider-Man’s new web shooters, and sling themselves through the air to face off against Spider-Man’s arch-nemesis, The Vulture. 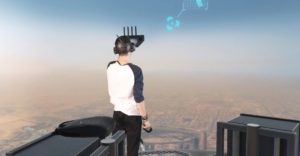 DigiComm in Dubai commissioned INITION, with creating a crowd-pleasing virtual reality experience that takes users on a thrill-packed, height-themed spy mission at Burj Khalifa – the world’s tallest structure and UEA’s must-visit tourist attraction. The interactive experience captures key elements from the Burj Khalifa in a thrilling adventure that transforms users into mission operatives who need to foil an impending cyber attack. How? By scaling the Burj Khalifa’s immense 828-metres to intercept an overhead satellite and save the day by uploading an anti-viral code.

Fans of all ages got the chance to step out onto the 50-yard line and compete in the biggest VR Football game ever seen. This was all part of the 10 day Super Bowl Live event leading up to the big game in Minneapolis, MN. The experience is part of Sleep Number’s fan engagement at the game. Located in the heart of Minneapolis and just steps away from where the Patriots and the Eagles battle it for the championship at Super Bowl LII. The Sleep Number engagement is the must-see spot this year. Nearly 6,000 people took part in the VR experience, while countless others look on through the glass front. A huge 30-foot video wall displays a spectator mode view of the VR experience. 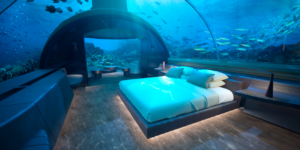 Sitting 16.4 feet below the surface of the Indian Ocean, the Muraka – or “coral” in the Maldives’ local language Dhivehi – seeks to provide guests who travel here with an “intimate and immersive experience of one of the Earth’s most breathtaking marine environments.” Utilizing their VR know-how, Untitled Project were tasked to give aspiring guests a glimpse of these intimate, immersive and breathtaking moments at the Muraka via a 360° VR experience. 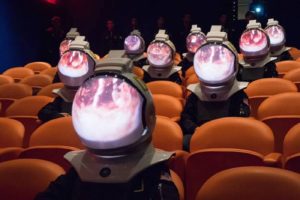 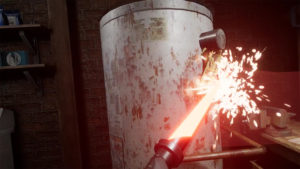 Rinnai America hired Groove Jones to create a VR experience for DIY’ers and professional installers to see how easy it is to install a tankless water heater. The VR experience was launched at the 2018 International Builders’ Show (IBS) in Atlanta to rave reviews and increased lead generation by 50%.