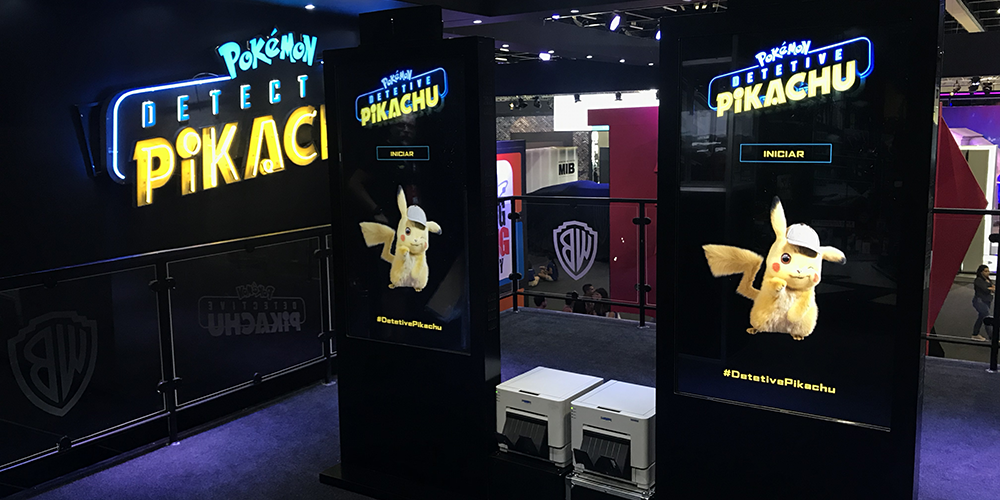 Warner Bros. celebrated the release of the live-action/animated film, “Pokémon: Detective Pikachu,” with a unique HeroMirror AR photo booth experience that created a photo-realistic picture with fans and their favourite Pokémon and movie leading cartoon – Pikachu, itself!

This HeroMirror installation created an opportunity for a unique photo-op, not only for fans but moviegoers, in general. With an easy touchscreen interface, the AR experience guides the user through a simple, two-to-three step process for a photo with the animated character.

The system captures the encounter in video and photo format, sharable instantly with friends and family via email on on-site printing.

The experience was deployed again, where it appeared at 7-Eleven’s annual convention, and CinemaCon, then to ten AMC Theatres across the country.