Children have always been scared of shots. It was with that in mind that Ogilvy Brazil developed a project for Hermes Prdini Laboratory to immerse children in a game-like universe and make getting a shot less traumatic for them. In order to develop the content and ensure the best VR quality, Ogilvy Brazil challenged VZ Lab to create a story that could ease the kids’ fear of needles. 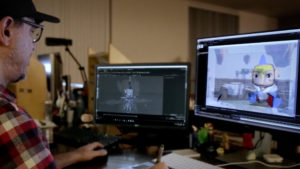 As they arrive at the vaccination room, children are handed a VR headset and join the experience, wherein they are tasked with saving the kingdom from the bad guys. To become heroes, the little patients are given ice and fire superpowers. We built a virtual model simulating the children’s body. 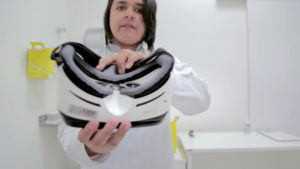 Fire and ice corresponded to cleaning the surface with alcohol and the actual vaccine shot. For the nurse to be able to rub the alcohol and administer the shot the exact same moment the children were given the superpowers, we created audio cues.

VACINA VR Results:
The campaign was such a success that several other labs started using the same idea. 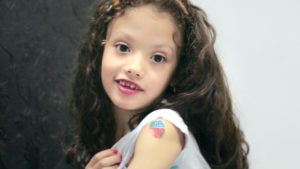