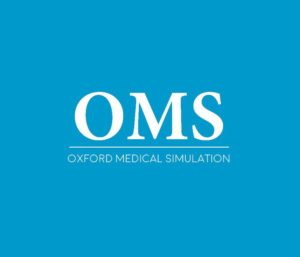 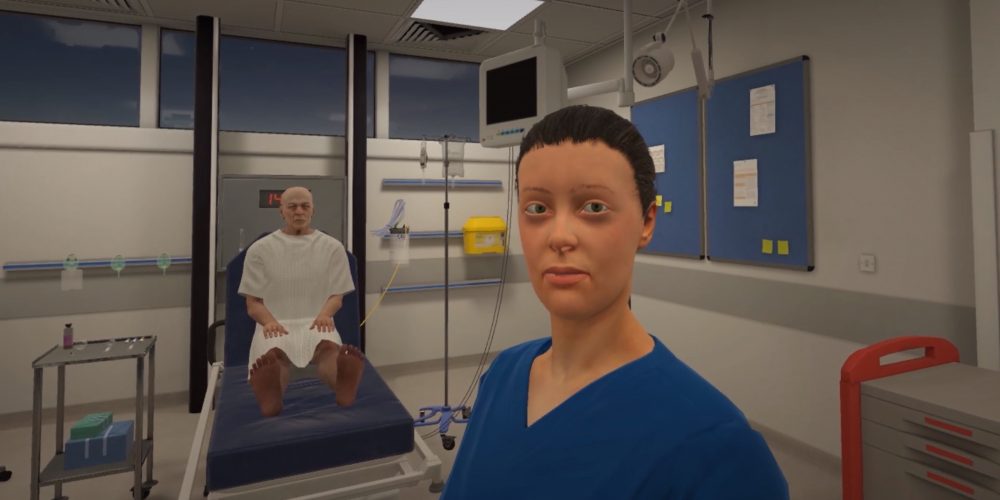 What is VR simulation?

Here we hear about some of this work in nursing, focusing on University of New England, New York Rory Meyers College of Nursing and Northampton University – all using OMS: Nursing, the new offering from Oxford Medical Simulation (OMS).

“The ability for our nursing students to practice standardized, realistic clinical scenarios whenever they need is game-changing.”
– NYU Rory Meyers College of Nursing.

How does VR simulation work?

In putting on VR headsets, learners can enter scenarios just like they would in traditional manikin-based simulation. Using OMS: Nursing they can see patients, take histories, examine, investigate, talk to their colleagues and discuss with the provider. Once orders are given they can prescribe, treat and handoff as in real life. All interactions are realistic with artificial intelligence-controlled patient behavior, adaptive conversation and dynamic physiology to reflect real life.

The system then analyzes learner performance against best practice and and feeds back to the learner what went well and what could be improved upon. This feedback reflects not only the learner’s technical skills but also communication, prioritization and teamwork. All of this works without the need for faculty, freeing up time for other activities.

The University of New England (UNE), in Portland, Maine, has implemented the OMS platform to provide additional opportunities for nursing students to be immersed in simulation-based learning using virtual reality technology. UNE is the leading provider of healthcare professionals in Maine, and is using the OMS VR simulation system to practice emergency nursing scenarios in a real-life, flexible and engaging way. The OMS emergency nursing library covers a comprehensive spectrum of conditions from sepsis to cardiac, respiratory and gastroenterological disorders. Using this extensive scenario library, UNE can expose students to a wider variety of clinical conditions than with traditional simulation alone. 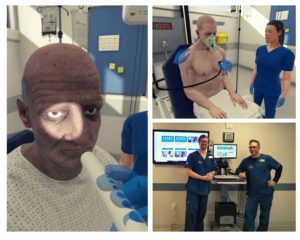 Because the OMS virtual simulation scenarios are repeatable and can be attempted without faculty supervision, the platform will facilitate UNE in delivering nurse training at scale. Using VR simulation, learners at UNE can seamlessly consolidate their knowledge as often as they like by putting on a headset and running through the scenario. They no longer have to wait for the relevant manikin-based simulation session or for a real-life presentation of a condition in order to gain valuable clinical experiences.
Each virtual nursing scenario is tailored to specific learning objectives. Using their personalized feedback and analytics, individual learners and UNE faculty can track and understand learner progress. UNE can use these insights to extract detailed reporting on learner performance and identify gaps in practice and the areas in which additional training is required – further improving competency, safety, and patient care. 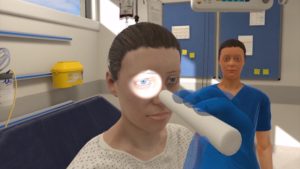 New York University’s (NYU) Rory Meyers College of Nursing has been trailing OMS:Nursing and will be rolling out the platform to its students in the coming weeks.

Of introducing OMS: Nursing, Nataly Pasklinsky – Executive Director of Simulation Training – said, “We pride ourselves on providing our students with exceptional simulation experiences. The ability for our nursing students to practice standardized, realistic clinical scenarios whenever they need is game-changing. The initial response has been fantastic, and the data and analytics on performance will allow us to expand the way we measure student engagement and progress over time. We’re excited to be able to work with OMS to provide such a resource for our students.”

As well as having VR in the simulation department, learners are also able to access the OMS: Nursing on screen without the need for VR equipment, promoting remote learning. 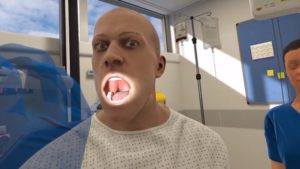 The University of Northampton

At the University of Northampton, UK, nursing students are using the OMS system in a virtual ward that has been specifically set up deliver mannikin-based simulation alongside VR. As it only requires a laptop and VR headset, the system is entirely portable and can facilitate training across locations.

Integrating this virtual technology within the context of the wider skills lab offers a great example of how this technology complements existing structures. 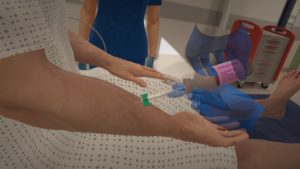 The faculty explained the decision to introduce OMS: Nursing:

“Since nursing is a complex and challenging profession which encompasses a range of skills including people skills, soft skills and clinical skills, we needed to be able to train future nurses in a balanced way that caters to each of these skill sets.

Technological developments are allowing us to do this in a safe and supportive learning environment, focusing on immediate feedback and the opportunity to repeat the scenarios and improve over time.

The OMS system allows us to integrate theory into practice in a really meaningful manner, allowing progression throughout their academic career.” 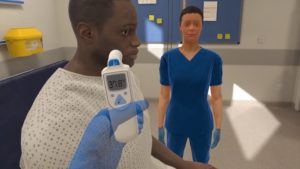 What does OMS: Nursing focus on?

The focus is on decision making, critical thinking and clinical reasoning – allowing learners to apply their knowledge, learn from their mistakes and repeat as often as they like.

Detailed personalized feedback on performance allows learners to track their progress over time, while standardized scoring allows the system to be used for education, formative or summative assessment. While the system can run without faculty, there is also the option for faculty-guided debrief, and the detailed feedback facilitates this debrief process.

All feedback is linked out to guidelines and protocol, facilitating further learning around the clinical cases, including with peers and mentors.

Full learner analytics are provided to allow institutions to identify struggling students in order to offer further opportunities for learning and practice. 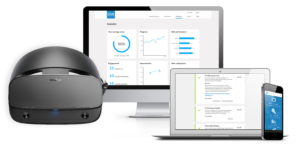 Institutions are now expanding nursing simulation at scale using OMS:Nursing – specifically designed to simplify the complexities of clinical education in a way that is flexible and scalable.