Conservation International wanted to transport people to Northern Kenya to show in 360VR how the people and wildlife live together. The story tells of the rescue of an orphaned baby elephant.

Narrated by Academy Award-winning and Kenyan-raised actress Lupita Nyong’o, “My Africa,” transports viewers to the untamed rangelands of northern Kenya, where a community is reknitting the bonds that have long enabled people and wildlife to coexist. The story follows the journey of a young Samburu woman named Naltwasha Leripe as she takes viewers through her community’s daily life, tending livestock, digging “singing” wells deep into dry riverbanks and rescuing a baby elephant orphaned by a poacher’s gun.

Post Production was carried out in London, with every shot treated as a Visual Effect. 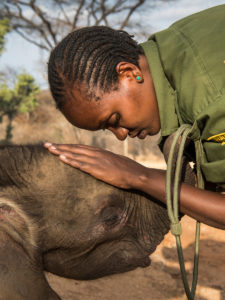