Neutral Digital released a new milestone in architecture representation – the Museo Maya suite of apps. The museum is designed by Harry Gugger Studio in conjunction with over,under. Spearheading development of the interactive architecture genre, Neutral Digital expanded on their convergent app platform with the launch of a full virtual reality solution.

END_OF_DOCUMENT_TOKEN_TO_BE_REPLACED 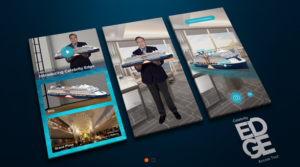 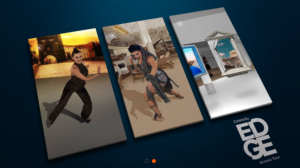 Givaudan is the global leader in the creation of flavours and fragrances. In close collaboration with food, beverage, consumer product, and fragrance partners, Givaudan develops tastes and scents that delight consumers the world over. Headquartered in Switzerland with local presence in over 180 locations, the Company has almost 14,900 employees worldwide and has achieved sales of CHF 6,2 billion in 2019.

END_OF_DOCUMENT_TOKEN_TO_BE_REPLACED

In November 2018, Cartier launched their newly redesigned Santos de Cartier watch. The challenge we had was to portray in today’s world the pioneer and bold spirit of a watch created in 1904.

The design was bold for its time, not just because it was a wrist watch, during an era when men used pocket watches, but also, because of its industrial motifs, like the apparent screws of the design and its squared face. Louis Cartier created it to help the aeronautic pioneer Santos-Dumont in his quest to conquer the skies. Santos-Dumont is considered by most Europeans as the first man to fly an aircraft, even before the Wright brothers.

END_OF_DOCUMENT_TOKEN_TO_BE_REPLACED 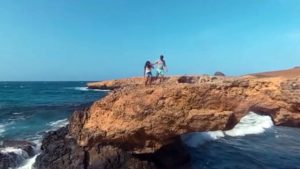 END_OF_DOCUMENT_TOKEN_TO_BE_REPLACED

Virtual Reality has the ability to transport you somewhere you have never been before or take you back to your favorite place. In fact, it can even provide a better experience by taking you there without any crowds or tourists taking selfies.

END_OF_DOCUMENT_TOKEN_TO_BE_REPLACED

Koncept VR was particularly excited about this opportunity as it was in line with their goal to create content that is both entertaining and educational—in this case, regards the living environment.

As an added bonus, the shoot afforded Koncept VR the chance to innovate some new techniques: this was their first production that required filming completely underwater and recording with a hydrophone. The submerged footage they created necessitated new solutions during the fine-stitching step of their post-production process.

Koncept VR worked closely with the founder of Open Blue, Brian O’Hanlon, who is the third generation in his family in the seafood business. He gave Koncept VR an inside look at how the farm operates—showcasing everything from procedures within the nursery to where the cobia swim comfortably in large pens alongside whale sharks, 20-meters below the water level. The enclosures mimic their natural environment, as the waters are deep, clean, and full of oxygen. 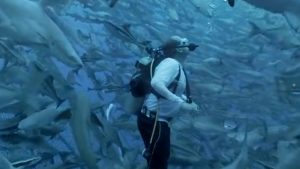 Similar to the process we developed while working with the United Launch Alliance , Koncept VR’s team was involved with every stage of development for Open Blue—creative planning, consultation, production in the field, editing, all post-production, and assistance with distribution of the final experience.

The 6-minute video is available for view in an app that Koncept VR helped design, via a custom cardboard, in addition to Littlstar and YouTube. They also built a 2-minute short for sharing at trade shows and with future Open Blue clientele. The video will soon be translated into 4 other languages. 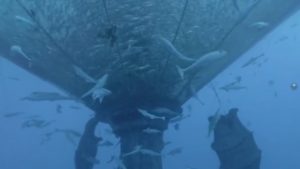 Agency 212 reached out to Koncept VR to bring the lush world of Cavit Wines’ family vineyard directly to merchants and consumers. Located in beautiful Trentino, Northern Italy, Koncept VR’s clients wanted to capture the passion and innovation that goes into their sustainable viticulture.