Global engine manufacturer, Cummins, needed an innovative way to officially announce their first-of-its-kind electric semi truck at the North American Commercial Vehicle Show in Atlanta. So, NEXT/NOW developed and built an Augmented Reality tour that used tablets like interactive windows to view and interact with an invisible digital layer of information on and around the truck. 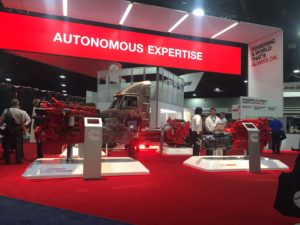 The Cummins Augmented Reality Tour made a huge splash with the over 6,000 attendees and proved a highly successful industry launch for Cummins. 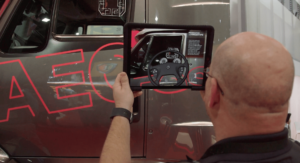