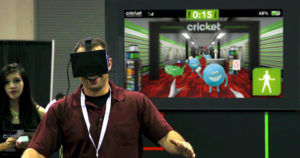 Users learned about Cricket’s offerings and their brand by playing 2 short gesture-based VR games. Users learned about the Cricket brand in a way that was fun, exciting and unexpected, and for many, their first time being in virtual reality. 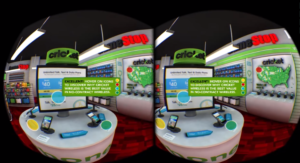