VR Noir: A Day Before The Night is an interactive crime thriller available on Samsung Gear VR and Google Cardboard (iOS & Android). Audiences are invited to play the role of detective Veronica Coltrane, a burnt out private detective with mounting debts and a dark past.

Throughout the investigation, audiences are caught up in a high stakes drama, compelled to engage with local characters and virtual environments, forced to make difficult choices, solve puzzles and use their powers of observation to propel the storyline forward.

“VR Noir is a great example of how Virtual Reality will change television.”
– Upload VR

VR Noir: A Day Before the Night premiered internationally at the Fantasia Festival Montreal in July 2016, and screened at the Melbourne International Film Festival (MIFF) in August 2016. 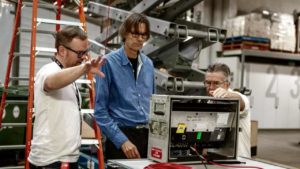 VR Noir is co-production between the AFTRS, FSM and Start VR. The project draws on the creator’s history of blending strong narrative experiences with engaging interactive game design.

Audiences experience the world through the eyes of a detective using 360 degree live-action photography, blended with computer generated environments.

Borrowing from established Film Noir tropes, the project places the audience in a familiar genre to aid their transition into a radically different storytelling approach. 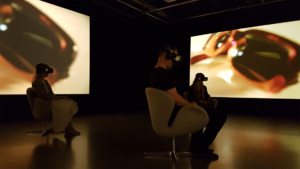