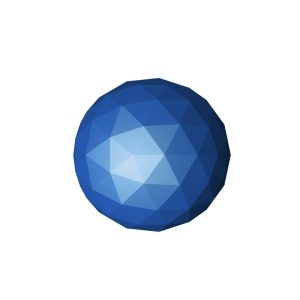 Brent Poppen is an author, substitute teacher, counselor and an international motivational speaker. A sports accident at age sixteen caused a spinal-cord injury that left him paralyzed for life. Brent became a quadriplegic, losing complete use of his legs with some paralysis in his upper extremities. This was an ending in many ways, but also a beginning to journeys he never dreamed! His spinal-cord injury did not paralyze his athletic dreams, because he has become one of the top disabled athletes in the world. Brent competed in two consecutive Paralympics, Athens 2004 and Beijing 2008, in wheelchair rugby and tennis. He earned a Bronze Medal in wheelchair rugby and has received numerous Gold Medals and world titles in both sports.

Brent is also an avid water skier, teaching other disabled persons either at his home lake, or through his water ski programs with Children’s Hospital in Fresno, California.

When Brent was first introduced to Mieron, the technology immediately caught his competitive spirit. Brent revels in competitive atmospheres, and was immediately bringing Mieron’s adaptive technology onto the floor at Valley Children’s Hospital to challenge other rehab counsellors and patients to play his favorite adaptive games.

“From the minute I put on the headset, I realized this was a game-changer; and we needed to do everything we could to get kids using this product to change their quality of life.”

Brent goes on to add that the rewarding part of using Mieron with his patients is seeing the physical and emotional transformations.

“For those 15 minutes [using Mieron], [the patient] wasn’t in the hospital, he was in a world where he was forgetting about his disability and pain; and was participating in an activity that was strengthening his core and arms, and emotionally transforming him to a different spot.” – Brent Poppen, Rehab Counselor

The transformative power of VR generally speaking can improve mental wellness, decrease pain perception and act as a mental-rest. When VR is combined with the therapeutic properties of rehabilitation, Mieron designate this as Virtual Reality NeuroTherapy; VR exercises specifically designed to be utilized in the healthcare setting with safety and ease.

Brent is a stunning example of how rehab counselors are tasked with moving the needle forward on exploring and implementing engaging new therapeutics to best serve their clients.