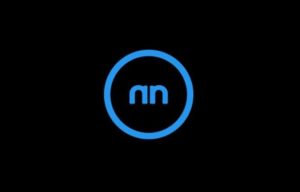 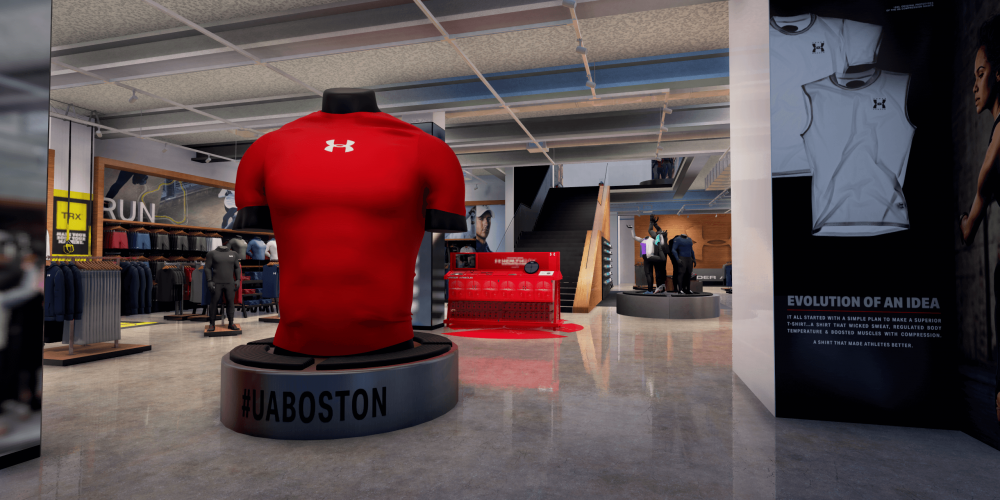 The end of “Coming Soon” signs as we know it. Instead, imagine letting the consumer take a tour of a new space – before it’s built – through the power of Virtual Reality. Under Armour did just that in Boston’s Prudential Center to announce the arrival of their Brand House. Two virtual reality headsets were imbedded in a construction barricade where users stepped up and put on the headsets and were immediately greeted by Boston Red Sox favorite, Jackie Bradley Jr. 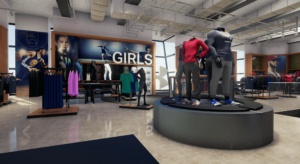 Participants could look around in 360 as the tour showed them just what they could expect when construction completed. 3D Modeled to scale from actual architecture drawings and then textured from real clothing, the details within experience truly immersed the user and transformed “Pardon our mess” into “Enjoy what our mess will become” 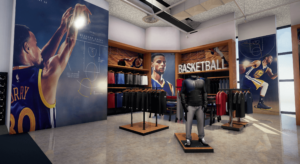 Following this six week activation and leading up to the grand opening, hundreds of Google Cardboard kits were also created and handed out to local media to enjoy the tour from their own phone. 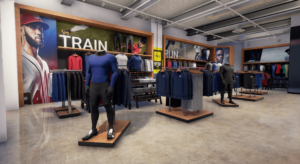