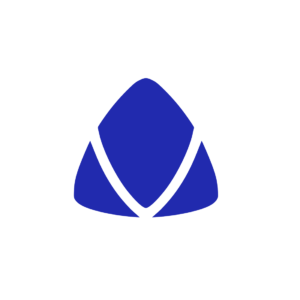 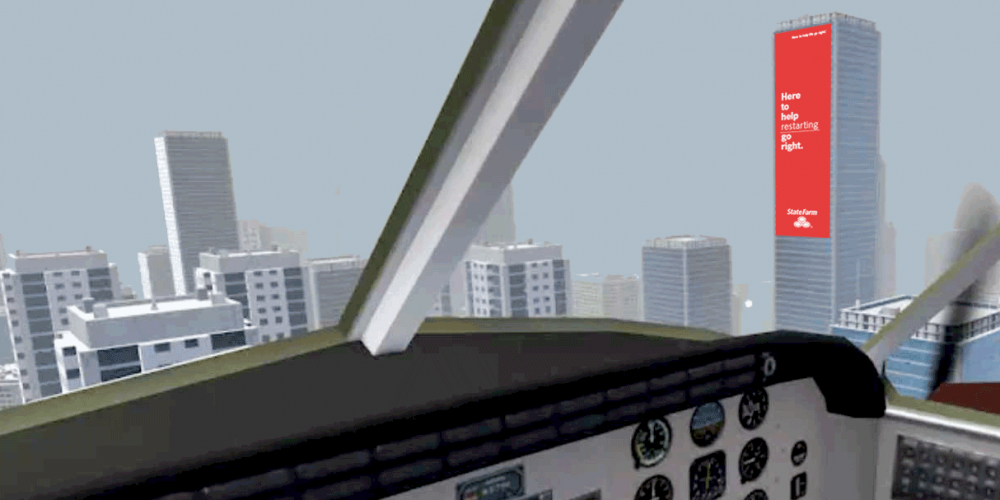 The insurance industry is known to be one of the largest industries in the world. America’s State Farm is the 9th biggest insurer in the world, with an advertising budget estimate close to $1B a year. The company had the objective to reach a slightly younger demographic, which perfectly matches Admix’s in-play inventory.

State Farm decided to use the Verizon Media DSP to buy inventory through Admix. The advertiser has access to standard reporting through the DSP as well as a weekly breakdown of key in-play metrics like gaze time, and completion rate. 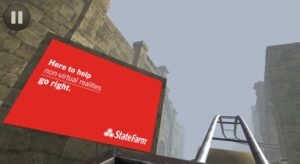 The State Farm campaign was broad in terms of requirement: the first goal was to create engagement with 25-34 years old in the US. The second goal was to introduce some performance elements in the campaign. Admix built a metric called gaze-click, enabling users to click on ads to open a webpage in the placement, simply by looking at them or using their VR controllers. 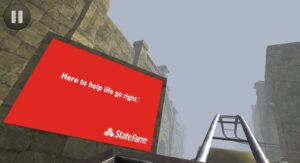