To promote the next installment in the film series, Trigger developed the official Spider-Man: Far From Home app, where fans can interact with their friendly neighborhood superhero as well as the film’s newest villain, Mysterio. 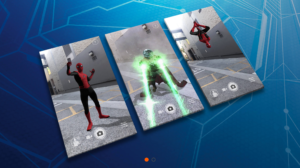 The app was originally launched for Spider-Man: Homecoming, and has been modified and updated to reflect the new film. The story continues in FFH, allowing fans to look through Peter’s texts and voicemails, interact with Spider-Man and Mysterio in AR as they move and attack, and take photos and videos with the characters too. The app is available internationally on both iOS and Android and features more content than previous Spider-Man promotions, including augmented reality capabilities and shareable content for social media, such as GIFs and stickers.