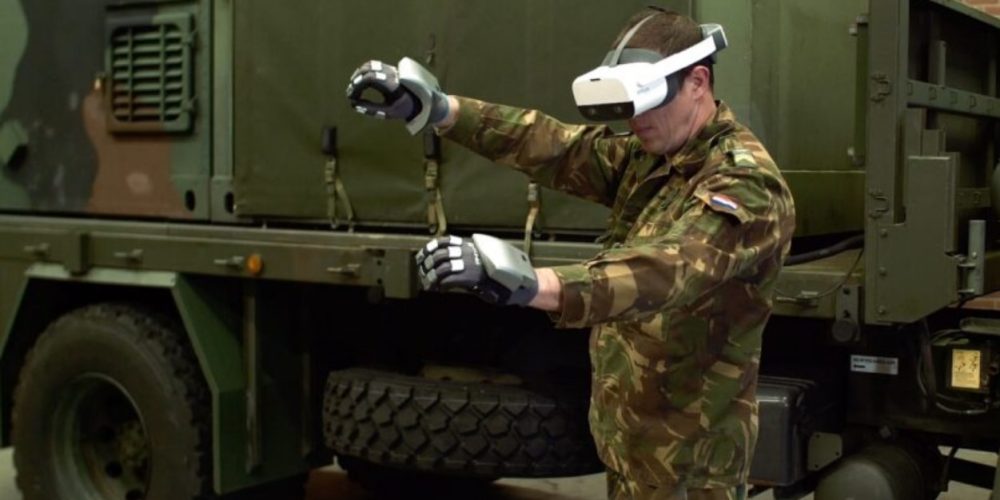 The Ministry of Defence Simulation Centre has been experimenting with VR and haptics for several years. Last year the Simulation Centre started testing the Nova at the prototype level to research and explore the most intuitive and efficient training techniques, comparing traditional multiplayer VR training with the one that includes haptic interactions. While VR allowed to keep the equipment and trainees safe, it did not help in developing muscle memory, which is crucial for complex assembly tasks.

SenseGlove Nova has been implemented in the military VR training for assembling a satellite receiver in order to avoid damaging expensive training equipment. Using haptics gloves in a virtual environment, the trainees are able to physically feel the virtual parts of the satellite receiver, explore its size, shape and density, interacting with it in a natural way.

“Using regular controllers in VR is an artificial way of interaction, nobody ever pushes the button with their fist. Usually you push a button with your finger. Grabbing things, moving things needs to be as natural as possible.” – says Captain Ewoud, Staff Officer Research and Development for the Royal Netherlands Army Simulation Centre.