Create a memorable campaign that launches at CES 2019 even bigger than 2018, but can continue on through 2019 other trade shows. Position Bell as the industry leader who has the experience and knowledge to get the air taxi created.

Sector 5 Digital (S5D) helped design the aircraft using 3D modeling and developed multiple scenarios to create photo-realistic visuals used as part of the VP of Innovation’s Augmented Reality presentation as well as in an AR app to show scenario, interior views and showcase partners. The visuals were also used to create a teaser video and website assets. A flight simulator using HTC Vive headsets and motion bases were created to gather data from attendees that Bell will use to develop flight controls in future aircraft​. 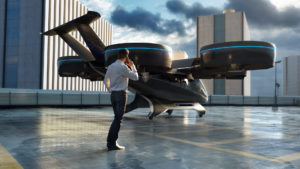 Delivered an amazing experience that showcased the innovation and expertise of Bell. 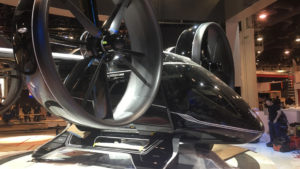