Network Rail Training provides a range of safety critical courses for those operating on the UK railways. The Controller of Site Safety (COSS) is a person qualified with Network Rail to ensure safe practice for work occurring on or near rail infrastructure. The primary role of COSS is to setup a safe system of work to protect staff from trains and trains from staff and rail-side activities. The main challenge for this project was that engagement levels with traditional COSS training were low.

With low engagement for traditional training methods, this highly safety-critical course and role was an ideal candidate for introducing VR to the training mix of Network Rail. A blended learning environment was created, where the objective was to enable a team of four COSS trainees to work collaboratively, with one in VR and the others directing. 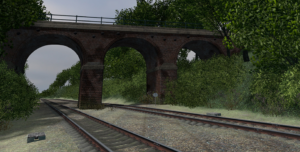 Four scenarios were covered: placement of spotter lookouts, in clear and reduced-visibility conditions, plus two emergency scenarios. The emergency scenarios required the trainees to follow correct procedures to ensure safety of the maintenance gang and the line. 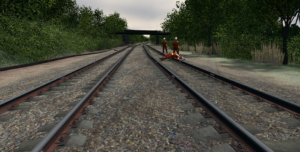 The project followed Make Real’s standard 4D approach (Discover, Design, Develop, Deploy) with Make Real designers working closely with Network Rail SMEs, to understand and define the learning outcomes before the development could begin. Each of the four training scenarios were mapped to learning objectives, with a storyboard created to define user flow, interactions and assessment criteria.

The VR environment created was based on a one mile stretch of rail track from a real world location. Satellite terrain elevation data was combined with Google Earth and hand-collected imagery, to ensure the track topography was as realistic as possible. 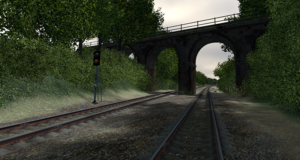