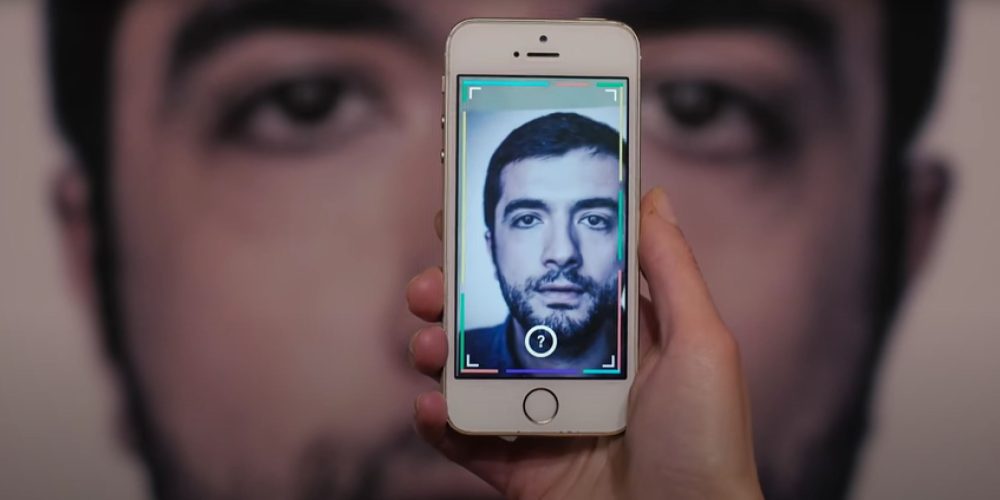 An unexpected collaboration between a portrait photographer and a real estate developer sees an augmented reality exhibition take Latvia by storm.

The creative solutions agency, TRIBE, was given two unrelated briefs by an eager portrait and fashion photographer, Arturs Kondrats, and a real estate developer for the luxury “Tal Residence” in Riga. Both parties had the same goal in mind, to boost their popularity, so TRIBE decided to merge the two briefs. The team organized a celebrity portrait exhibition at the Tal Residence and added augmented reality video layers to the portraits to make it all a touch more magical.

Portraits of 30 Latvian celebrities decorated the walls of an empty room at the real estate. Using the Overly app visitors of the exhibition could scan the portraits to watch a video of the person telling a story about a special moment in their lives. This was the first exhibition in Latvia to use AR technology, so it drew lots of attention with 350 attendees on the night and total visitor count at 1200, including 10 largest media representatives in Latvia. The event resulted in great press coverage and thanks to the celebrities, such as the former NBA star, Kristaps Porzingis, who had their portraits featured, the word got out far across the Latvian borders. Popularity metrics achieved for both Arturs and the real estate developer, R.Evolution City.

Be simple but significant

Although the portraits were exhibited in an empty hall, it was still an upcoming luxury residence that hosted the gallery, which added a touch of exclusiveness. The gallery featured portraits of people with various facial expressions, but nothing out of the ordinary, yet these were celebrities with a story to tell. A video layer is one of the simplest things to integrate when it comes to augmented reality, yet it is the content of that video that people wanted to explore. A revelation of a special moment in the lives of the people we are interested in or adore through or TV or mobile screens. It all may have looked simple on the surface, but with the right touch of significance, it became a significant event, which has now turned into a traveling exhibition.

Promotion came to life before the event

As with any augmented reality campaign, it is vital to consider the promotion of your idea, in order to get your audience engaged. MOMENTUM as an exhibition was all about storytelling, but the Residence was not the only location, where people could experience it and get enticed with the idea. The exhibition was promoted with augmented reality posters on the streets as well as supported by AR postcards, which people shared on the internet to get the word out.