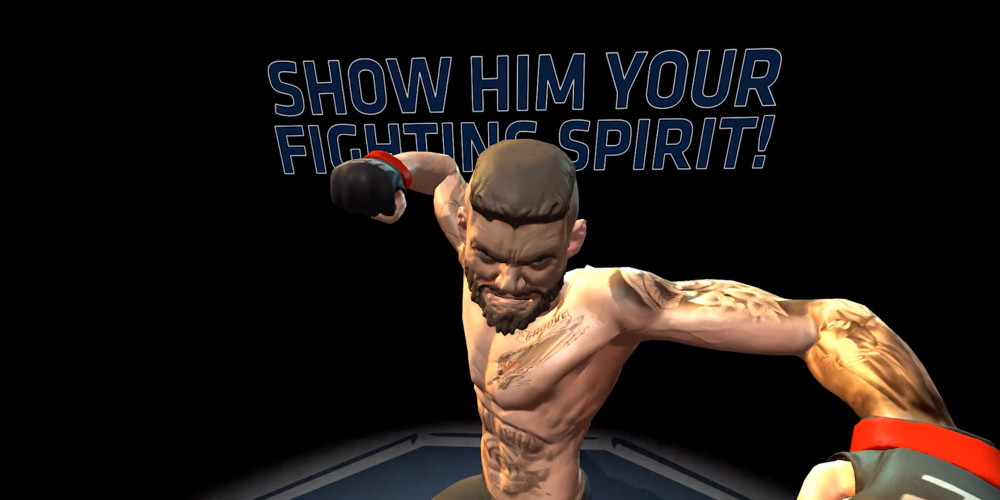 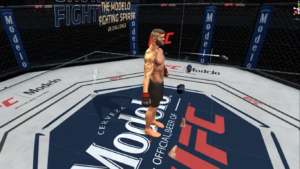 This Spring, Groove Jones was contracted to create a new Modelo UFC Fighting Spirit VR Challenge that allows fans to step into the Octagon and face a fierce opponent to show their own “fighting spirit.” 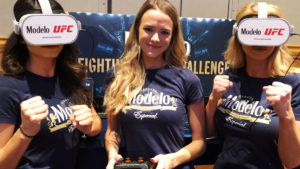 The Modelo UFC Fighting Spirit VR Challenge is a key Modelo brand initiative and leveraged at bars and events across Texas and in Phoenix and Nashville during big UFC Fight Nights. Modelo brand ambassadors invite consumers to take the challenge.

Over two months, the Groove Jones team worked with the CB Field Marketing Team to develop a virtual reality challenge that was a thrilling and enjoyable experience.

The UFC team wanted to make the game as real and visceral as possible, as if you are stepping into the Octagon yourself, so our opponent needed to be fierce and challenging. 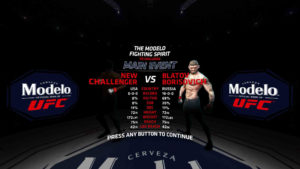 The simulation is a fully interactive real-time experience. Consumers are placed into the Oculus Go VR headset, transporting them to the Octagon to face an almost impossibly tenacious and fully intimidating opponent, Blatov Brosovich – a 6’2” tall, 172 lbs. fighter with a 75” reach.

When the fight starts, Blatov immediately charges you, leaping off the mat and flying across the ring, to make his first strike. Make no mistake, he is on the offensive. From the start, we wanted to create a fighter that looked intimidating and impactful. In a flurry of fighting action, both the opponent and the player use their virtual hands and feet in an attempt to take each other down. 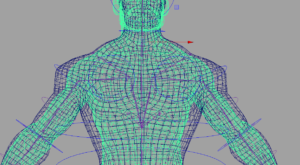 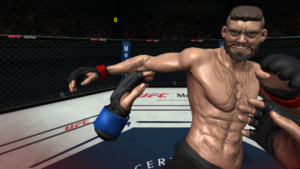 The development challenge was to have a fully immersive and visceral experience in a restrictive mobile virtual reality headset, the Oculus Go. The production process was a triumph for mobile VR development.

The Groove Jones team opted for a traditional handheld game controller, which gave the ability to have multiple inputs and controls, and spoke to the end user, since game controllers are so common these days.

The experience is fast-paced, and users must be swift to avoid, attack, and take down the opponent. During the fight, Blatov throws punches and kicks, which negatively impacts your score.

Sound effects and taunts add to the electrifying realism of the experience. It is both thrilling and intimidating to stand there in the Octagon with a formidable opponent.

Being an on-premise campaign, the end product needed to be simple and portable. In addition to making the experience user-friendly, Groove Jones also created multiple key technologies for the campaign including a Customer Acquisition App, “The Modelo UFC Fighting Spirit VR Challenge,” and an engaging social media share component.

“This game gives us a unique consumer engagement tool that is sure to stand out in the on-premise with our Modelo and UFC fans. The Groove Jones team absolutely crushed it!”
– Luis Moreno
Constellation Brands,
Field Marketing Manager 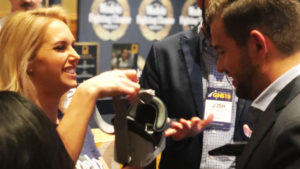 The Customer Acquisition App is the leveraged by the Modelo brand ambassador via iPad to collect the user’s data for use with the fighting experience and collects information to properly deploy the social share component at the end.

“It was a pleasure to collaborate with the Groove Jones team. Our cross functional unit of field marketing, brand marketing, and UFC were very pleased with the final output. The game is compelling and authentic, and we are excited to share it with our consumers.”
– Ryan McMullen
Constellation Brands
Field Marketing Director 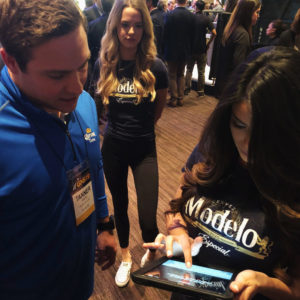 The “Modelo UFC Fighting Spirit VR Challenge” runs on a custom branded Oculus Go VR headset that has been paired with a Steelseries wireless game controller. The Steelseries doubles as a means to navigate the Oculus operating system, creating an additional layer of simplicity for field use. 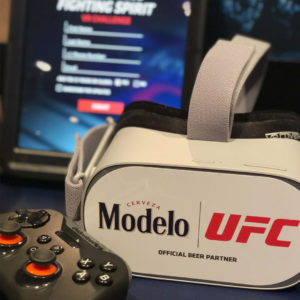 When the experience is over, a 360º panoramic image from the center of the Octagon ring is sent to the consumer, thanking them for participating in the game. This is a sharable takeaway that users can then post to their favorite social platform.

Modelo and UFC are proud to continue celebrating the Fighting Spirit that unites us all. The Groove Jones Team was absolutely thrilled to show their Fighting Spirit and participate in this project!