How does it work?

Analyzing the current global entertainment market makes it clear that the market is overwhelmed with different types of game genres, mostly the shooter games, racing games and the quest or adventure games. But they are all alike because players are using only controllers or joysticks and other types of technical equipment in these games. The market needs a new kind of entertainment – a disruptor which would blow up the usual gaming approach.

Impulse Neiry’s AAA game designers, neurophysiologists, programmers, data-scientists and engineers came up with something unique. They produced the first ever VR games controlled by the power of thought! Their BCI reads the impulses from the cerebral cortex and transforms them into real actions of the players in the game.

Impulse Neiry’s goal was to create a new kind of games using the brain-computer interface. For this purpose, they have developed brain wave analysis methods that have never been used in the gaming industry. Most of the existing brain-computer interfaces are based on brain rhythms analysis. This approach is easy to implement, but its main disadvantages are the control complexity, and lack of speed and accuracy.

The brain-computer interface of “Mind Fighters” and “Raccoons VS Demons” is based on the analysis of event-related potentials. Event-related potentials are small changes in the electrical activity of the human brain generated in response to events or objects in the game. This method allows detecting the direction of the player’s attention highly accurately. Thus, Impulse Neiry develop dynamic games that are truly driven by the power of thought. Through their tailored neural network with a two-layer architecture consisting of an autoencoder and EEGNet-based convolution aggregator, they have been able to reduce the number of errors dramatically.

Impulse Neiry is developing their new games using different technology. The one underlying in “Ready to fly” is based on the analysis and isolation of the rhythmic activity from the “mix” with the alpha rhythm when motor imagery. It allows them to train players to use virtual limbs with reasonable accuracy or, for example, control their avatar. 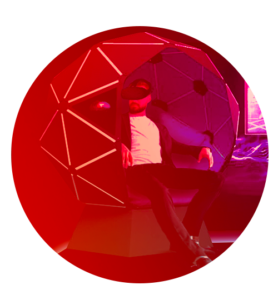 The neuro-kit consists of a modern encephalographic hardware and software system designed to record brain activity bioelectric potentials with high efficiency, analyse them and synchronize with the game process.

Game control is carried out with software supplied with the neuro-kit. To run neuro games they recommend using a PC with the following specifications. 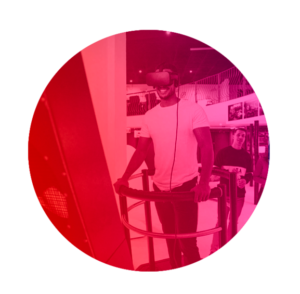 What’s included in the kit:

An amplifier and six passive dry electrodes connected by elastic legs to the parieto-occipital part of the VR headset carcass, all additional wires are assembled into a single braid with the main cable. Solid electrode hydrogel tips providing maximum contact which is used as the electrodes contact. They do not leave any marks on the head, there is no need for saline, and they look just like some translucent silicone pads. 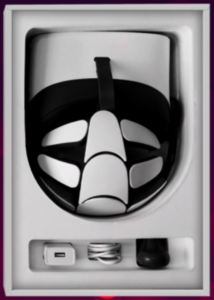 * is not a medical device and cannot be used for any medical purpose.

For whom we produce games?

Impulse Neiry’s games are specified for those who have good sense of high-quality games, like to try new things and are not satisfied with mass market products. 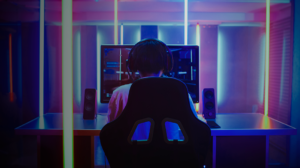 Impulse Neiry is glad to cooperate with professional entertainment market participants who are open to new technologies and do not want to miss the chance to pamper their customers with new high-quality games. 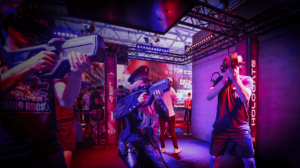 The headset can be integrated into any attraction or simply used with an ergonomic chair that allows rotation of at least 180 degrees.