“IF YOU CAN’T WAIT ANY LONGER TO BE WHISKED OFF TO A GALAXY FAR, FAR AWAY, GOOGLE HAS YOU COVERED”
– ANDROID AUTHORITY 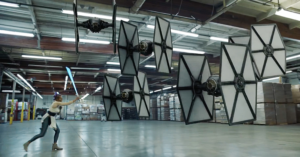 Trigger developed interactive and animated augmented reality stickers exclusively for the Google Pixel and Google Pixel 2. The stickers were launched in collaboration with Lucasfilm prior to the release of Star Wars: The Last Jedi. 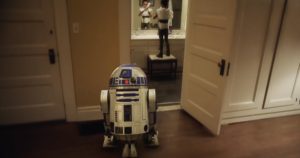 Within the native camera of the Pixel phones, fans can select from a suite of iconic characters, ships and droids to interact with their own environments. These include First Order Stormtroopers, R2-D2, Poe’s X-Wing, and the newest character reveal in the franchise, porgs. These stickers can be positioned and resized for the perfect photo or video to save and share. 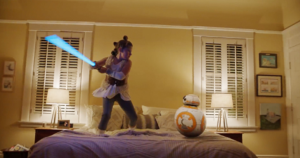 The Star Wars AR stickers are also designed to interact with Google’s library of AR stickers including licensed characters from Stranger Things.