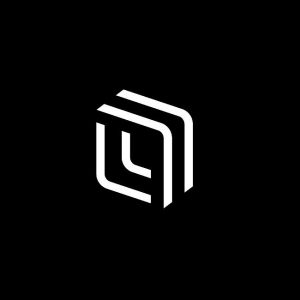 Head’s work is mixed media, some acrylic painting, photography, and digital collage. His gallery is to date the most powerful I’ve seen in Spatial, not just because of the vibrant mixed media pieces, but more so due to the depth of the stories behind each “canvas”. Artists with tormented pasts make art that is often the most expressive and evocative — Steve Head is amongst the likes of Pollock and VanGogh in that vein.

Steve’s art tells very personal stories about his family and his childhood trauma. The art itself or the conversations it evokes can yield tremendous healing. The nature of Steve’s art as a means of expressing his abuse gives those who experience his gallery permission to share theirs as well.

Steve didn’t pick up a paintbrush until his late 50s and since has had people write to him and share their stories, thanking him for his help. Many people hold onto their painful stories making the internal struggle that much worse, Steve openly shares his with the world to bring himself and others more ease.

You must go into his gallery and listen to the story behind each piece because they are all powerful, poignant, historic, and personal.

“Shame will keep you trapped in your dysfunction”

Steven Head began his journey towards this gallery when he went to a workshop for adult survivors of abuse that ended up being a transformative milestone for him. One of the big things he learned in that workshop is “that shame will keep us trapped in our dysfunction if we don’t talk about and get help with our issues”. That led him to make his very first piece which is about shame, and being seen in it.

Steve experienced layers of childhood trauma and carried ancestral trauma from family members as well. Head told one story in particular that was telling of his family’s limiting beliefs. They learned at an early age that no one in their family ever really amounted to anything, and believing you could was a fantasy. When he was young and wanted to submit an application to art school his mother looked at him and sarcastically said, “oh, you’re gonna do great wonders” and Steven never forgot that. “That was a sarcastic putdown, that I’m not going to do it, “No, you’re gonna do great wonders,” meant the opposite.” Steve’s gallery now has a beautiful piece called ‘Great Wonders Balloon Ride’, about that feeling he had to overcome. Head described his works as a “collection of what’s been in his soul most of his life.”

Steve started all over again at the age of 59, despite feelings of doubt. But as he says, “My art is me, my art has a different purpose, and my heart does something that other artist’s can’t necessarily do. I’ve learned to accept the fact that I may not be a great technical artist, but I’m one that can connect to people’s hearts and that’s what I want to do.”

Meeting in Spatial: No Interaction is an Accident

One day while exploring another public Spatial art gallery, Steve stumbled upon a woman named Oksana. They got to talking and he invited her to come check out his gallery. She was impressed and explained that she was a teacher working with at-risk children in Ukraine and that the U. S. Embassy had provided some 20 Oculus headsets for their workshop this summer. They have a group of kids that are getting exposed to virtual reality and would love to bring them into his exhibit.

A feature newspaper story in the Ukraine mentioned Steve’s gallery exhibit in an article about the experience of these children: “Virtual trips around the United States, in particular, a visit to the gallery of Steve Head, an original artist from Missouri, who creates not only real, but also digital paintings, left an indelible impression,” says teacher Oksana Evzikova. – Children were immersed in both amazing 3D reality and the language environment, communicating with the American artist online. We were the first Europeans to visit his new exhibition, and it became an event for the state, American television even became interested in us. However, the Nikolaev journalists were also interested in Steve Head, who brought to our attention the original story of his family.”

The embassy has a program called Access, and it’s for at-risk kids, that they’re doing in the Ukraine and they do it in other countries as well. Head hopes he gets to do the same cultural exchange with the embassy in some other countries. In Head’s gallery, these kids can both practice their English and have an accessible way to discuss tough topics. They all have different backgrounds, whether they experienced abuse like Steven, or maybe their parents were killed, or all sorts of different turmoil they endured. Family Secret’s opens up an avenue for discussing what may be on their hearts.

In Steven’s words “I was 59 years old before I ever picked up the brush and I went half a century in this crap and I want people to know that they start healing from their wounds at any age. They don’t have to wait and go through a lot of turmoil like I did”. He wants to make sure that these kids do not bottle up their stories, but share them like he learned to do. Steve says, “That’s the beginning of the healing process. And so, if all they learned and walked away with was the simple idea, that the more they share their story with others, the more they’re going to feel like they’re not alone.”

The kids asked Steve some hard questions, and the teachers did a private Zoom session with the kids afterwards as a kind of download. The kids spoke so highly of the experience and the pieces that spoke to them on a personal level. Of course, at first the teachers were not sure about tackling some of the topics that come up in this gallery around mental illness, sexual abuse, and addiction. Steve did not “want to push anybody’s emotional button or trigger anybody but at the same time, they would, you know, realize that this was all good. These are subjects they’re old enough for. We need to talk about these things” and not continue to make these topics taboo.

When his work was first exhibited he received hundreds of messages from people, thanking him and telling their own stories of why this work resonated with them. He hopes sharing his stories more widely in Spatial continues to give others permission to tell their stories and heal.

It is said it only takes one person in a family to heal generations of trauma. Many of the works in Steve’s gallery are his own personal stories. He experienced abuse that affected him for a lot of his life. But he knows that those types of things always affect people and it happens more often than we would like to believe. There are many kinds of abuse, there’s emotional, there’s physical, there’s spiritual, etcetera that can traumatize you as a kid. Steve recongizes that “those childhood traumas sometimes show themselves in addictions, overeating, sex addiction, drugs, alcohol, anxiety, depression, that can come out in different ways.” Steve had a long, hard road to healing and sobriety, which he leaned into expressing through his art.

He also felt called to create works about his family, including ancestors he had never met. It is incredibly interesting to hear their stories because it almost feels like you are transported to a time in history. Topics covered include the asylums mentally ill people were once sent to or the sadness of the Great Depression.

He often incorporates documents and artifacts into his pieces. For his paternal grandmother who had been in a state mental hospital in 1943 and later set herself on fire, he took her medical records that he had in his desk drawer for 25 years and “then when [he] started doing art, [he] felt compelled to do a piece about her story.” That trope continues through many of his pieces. Family documents and heirlooms blended in with photographs and paint, maintaining the biographical and non-fiction nature of the stories. There has even been a screenplay written about his grandmother’s life, telling her story that he felt compelled to share. He has hopes that it will one day be a movie.

Steven’s work has had great acclaim and been received with open hearts and more shared stories. Steven Head has done great wonders and is helping to heal himself and others with storytelling. The gallery experience is amazing and immersive, you can meet Steven and experience a dual empathy machine of both art and VR.