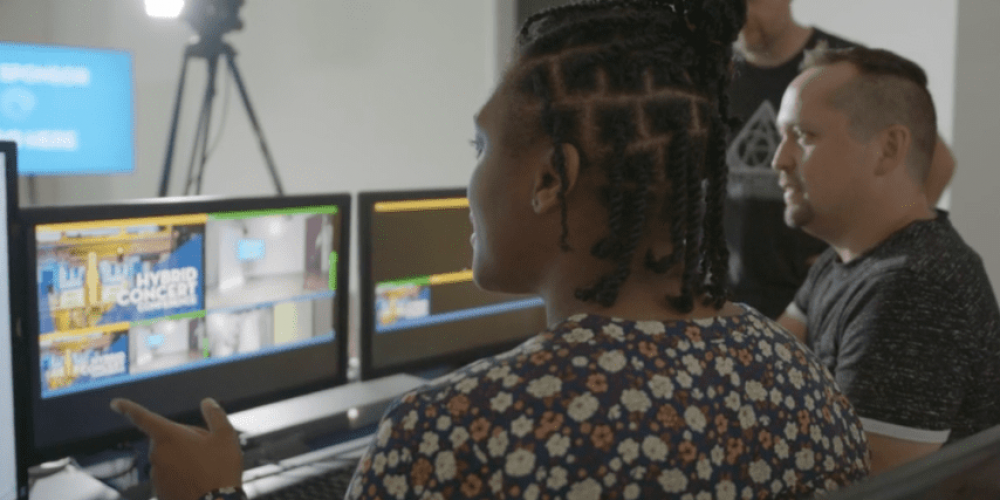 Tudor, Pickering and Holt, an energy investment and merchant banking company, made the decision to organise a virtual event to communicate their track record of support for new green-energy solutions. The company recognised that the disruption caused by the pandemic would pull technology forward and wanted to highlight their commitment to innovation using 360 videos during online presentations to customers. TP&H executives felt that hosting an immersive event, with 360-degree tours and 3D elements, would illustrate their support of tech- focused disruption in the energy sector. Ideally, TP&H wanted to profile their work to clients in Denver, Houston and Boston—energy and tech hubs—three times during December 2020, even though the timetable shortened production and planning time.

Tudor Pickering and Holt chose Alt Ethos, an experiential design agency, as their event producers and content production partners. It was an inspired choice. Alt Ethos and Tudor Pickering and Holt created the D4 Rebellion, a series of virtual tours and conferences that profiled the company’s thought leadership and specialized services for the energy sector. AE got right to work on 360 video capture of selected TP&H facilities—Spot, the Boston Dynamic dog-like robot, scanned industrial interiors and drones equipped with 360 cameras shot footage in Norway to bring spectacular cinematic effects to the videos.

Additionally Alt Ethos handled all aspects of the live stream presentations from coaching the speakers and panelists, transitioning between various program elements and even built out a new website dedicated to the virtual events. AE tapped into their extensive experience of 360-video production and cinematography to create impressive immersive content, integrated and co-ordinated the entire production and provided live support for the event, ensuring that everything ran smoothly throughout.

D4 Rebellion was a resounding success, helping Tudor Pickering and Holt connect with their customers and showcase their expertise in an engaging and impactful way. The dramatic 360-degree videos were the highlight of the program according to participants. Alt Ethos helped TP&H promote their company to its most valuable audiences and spotlighted the power and potential of green-energy technologies – resulting in a very satisfied client and successful project.