Disney Theatrical Productions reached out to Koncept VR with a challenge: to create a new kind of 360° experience to showcase the hit Broadway musical, Aladdin. Koncept VR’s goal was to do something unique, going beyond what’s already been seen in 360° Broadway videos—they wanted to champion the showmakers!

That mission led to the development of animations that not only shared information about the production, but also encouraged the viewer to look all around during the performance. Spectacular visual cues were added to lead the viewer’s gaze… Any given moment could reveal a delightful surprise. 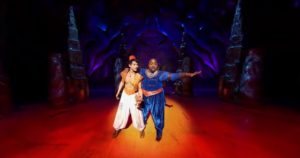 The final video allows a glimpse behind the curtain of the show-stopping “Friend Like Me” in a way that has never been experienced before. Aside from being excellent performers, the entire cast and crew of Aladdin were an absolute joy to work with. Sincerest gratitude to all those involved and Disney Theatrical Productions for inviting Koncept VR to add to the magic. 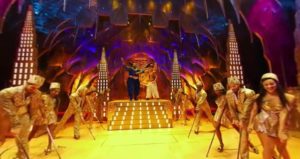