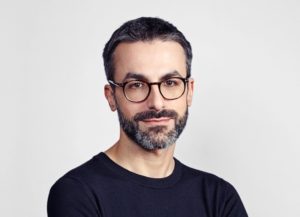 ABOUT: Vincent Vella is the co-founder of Nedd, a French immersive marketing agency that has been noticed for its projects using Augmented Reality.
Vincent is a multi-awarded Creative Director who comes from the “classic” advertising agencies (Publicis, Havas, WPP), and who created Nedd in 2011 with his 2 partners – Bruno Samper and Siegfried Rouanet – to invent the communication standards of tomorrow.

How did you guys get into VR/AR?

– When we created Nedd, we defined ourselves as a “digital innovation agency”. For us, technology has always been a source of inspiration. One of my partners – Bruno Samper – has always been interested in VR and pushed us to create a internal lab dedicated to this technology. But to be honest, it remained at an experimental stage because during that time, VR was mainly used in events in the marketing field due to the limited number of helmets in the possession of the general public.

The turning point was the arrival of ARKit in 2017: we immediately understood the opportunity for brands, with an immediately colossal reach in terms of audience, several tens of millions of users equipped with smartphones and tablets compatible with this new generation of Augmented Reality. We then made several prototypes, including the “inter-dimensional portal” which went viral. Afterwards, AR projects followed one after the other, and we became one of Snapchat’s partners.

Today the agency is 100% dedicated to Immersive Marketing, with clients such as Louis Vuitton, Sephora, McDonald’s, BNP Paribas, the International Committee of the Red Cross, to name a few.

– We are quite educational because often, the brands working with us are using these new technologies for the first time. I think what clients appreciate when working with us is that we support them from A to Z: strategy, design, production and promotion tools, we manage all aspects of each project.

– We are demanding. Some would even say a little too much 🙂 For us, performance and quality must always go hand in hand. The craft is essential, as much as the UX. And we make sure that we are always innovating: each time, we try to push the boundaries of what is feasible.

But another important part of our culture, which differentiates us from many of our competitors, is that half of our team comes from marketing and advertising: that’s why we never lose sight of our client’s goals and imagine solutions that give the best possible results.

– Our strength is to make user-oriented experiences. For us technology is only a mean, not an end.

I’ve been living in a cave the last few years and just got back to work at the marketing department, can you explain to me why I should invest in a AR marketing campaign?

– I would say that AR can drive tangible outcomes while also creating memorable experiences. It helps your targets choose your product by seeing it directly at home in 3D as well as leading them directly to the purchase page. This is what we did with Sephora in France and Italy, for example, by creating the first pop-up store entirely in Augmented Reality.

AR can create more intense emotions by immersing the user in the story you want to communicate rather than making him a passive spectator. It’s with this in mind that we have created “Enter the room”, an application for the International Committee of the Red Cross that has moved so many people that it climbed up to the top 50 free apps on the App Store.

AR can also allow you to create forms of advertising that will catch people’s attention. For example, we created a Snapchat Lens for McDonald’s that people spent an average of 132 seconds playing with. It’s far beyond the 20 seconds you dream of when you advertise on traditional media.

What is it about VR / AR that gets you excited?

– With immersive technologies, everything remains to be invented. The pleasure we find is that of the explorers, who venture into new territories that seem limitless.

What VR / AR experience do you fantasize about experiencing in your lifetime?

– The moment when the devices will fade away and leave only the pleasure of the immersion. This should happen in the not too distant future.