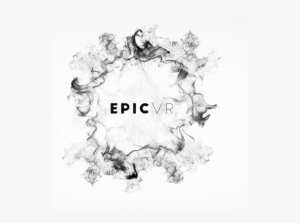 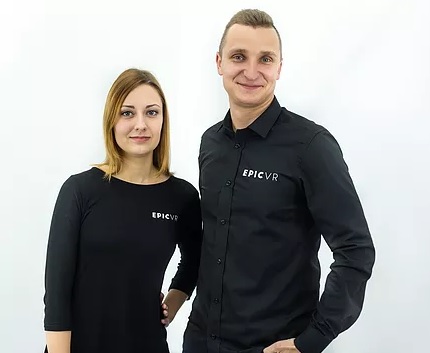 How did you get into VR?

– Me and my co-founder Adrian, were working together on film plans. We had done a few projects together and built a nice friendship. One day Adrian came to me with a new idea – a new technology that we could use for filmmaking. Quickly Adrian bought a Oculis Rift DK2 and we meet some guys in our town who had a Ladybug camera. And there an adventure was starting.

– If it’s a film project – we start by asking the customer what they expect and where they would like to use the VR technology: in the office, at meetings, trade shows, on a web side etc? Next we ask what they know about VR and tell them about all the possibilities – film, animation, application, interaction, walking in virtual world etc. Next we start a conversation with the customer about the video idea and after that we will write a screenplay. After screenplay acceptation we can talk about cost of production. Our responsibility is to find actors, locations, scenography, editor and graphics. Every step is taken in connection with the customer. When the product is ready we can give cardboards with company logo to our customer. If this will be a trade show business we can help with services of exhibit (also bring our oculus and computer). If the customer would like to have his own Oculus and have a possibility to show films, for example in his office, we can help with buying the necessary equipment.

– We are talented, driven, innovative and ambitious. Also a little fun and weird I think – everybody’s weird in their own way, and suppressing your personality never feels good.  We’re transparent – honest to each other in our team and involved in the future of our company.

The easiest for us is our country – Poland but we are international, if a customer would like to have some pictures from any place in the world – we can do it.

Do you offer any type of satisfaction guarantee?

– We do. We have film making experience, in our other company we made commercial videos (Internet and TV). Our customers can see our portfolio.

I own a gym and would like to promote it. What sort of VR experience would you suggest for me? Money is not an issue. Go crazy.

– In few words: The action starts in a gym. Point of view is from a person sitting on an exercise bike. Right next to the use a fat, unattractive man, is exercising. He is wet and he is gasping. The coach comes over and says: “Hello, come with me!”. And now we are moving from one place to another (about 4 sec shoots): edge pool, fitness room, room with weights, climbing wall, street marathon, eight-thousander mountains… etc. In every shot we are next to better and better looking people (muscules men, sexy women, dancing and twerking girls…). At the end we return to the first scene. Next to us is a really handsome man (looking quite alot like first fat man). He is smiling. Ending inscription: “Everyone should start somewhere. Lets start with us”.

– VR is fresh, innovative and forward-looking . Rapidly developing and expanding its capabilities . In VR we can do more and more day by day so that’s opening up new possibilities.

What are the risks and pitfalls with VR marketing? Describe what you would advice against doing.

– VR is not open to everyone yet. Not everyone has an Oculus in their house. We should explain about different and cheaper possibilities to see VR. Also, some people don’t feel well after spending too much time in VR. The movie should be short but effective.

– VR is something new for most people. A lot of people don’t know what VR is or know but don’t have a possibility to try it out themselves. But both groups when get a occasion to watching something – are going to watch. This new experience has a WOW effect and VR marketing stays in the mind of the audience.

– Innovation, future, so many possibilities.