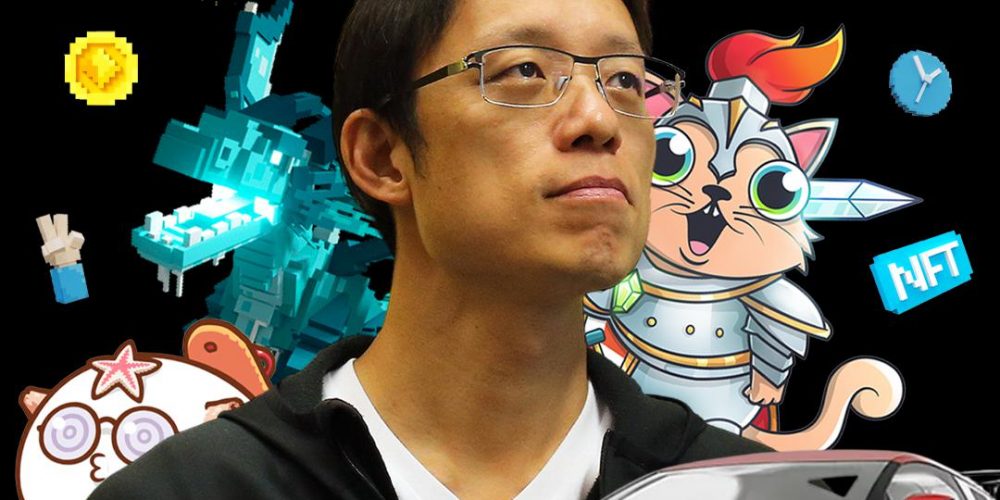 Yat Siu is exhausted. The 49-year-old Austrian-born, Hong Kong-based exec isn’t sleeping more than a few hours a night these days but can’t stop himself from jumping into high gear when asked about his blockchain gaming business, Animoca Brands. Sporting a hooded black jacket and half-rimmed glasses, he wildly gesticulates as he expounds on the glorious destiny he sees for gaming decentralization and digital property rights.

“Maybe we can even reshape how people think about classic forms of capitalism,” he says.

Already this future—ruled by non-fungible tokens (NFTs) and blockchain technology—has been Siu’s salvation. Just over four years ago, Animoca Brands was struggling. Revenues at the tiny mobile game business—which he had cofounded with David Kim, a former Softbank partner and ex-CEO of early internet success Mail.com, in January 2014—had fallen 25% to $5.2 million, and its market capitalization (improbably Animoca Brands was public, trading on the Australian Stock Exchange) was less than $6 million.

Then, in 2017, Siu stumbled across CryptoKitties, an early blockchain-based marketplace where users bought, sold and collected virtual pets. He caught the bug and invested in its Vancouver-based parent, Dapper Labs (then called Axiom Zen), a company now worth $7.6 billion. It was the first of what would grow into more than 150 NFT-related investments. Animoca Brands now has stakes in most of the world’s largest and most successful NFT businesses, including OpenSea (the largest NFT marketplace with estimated 2021 revenues of $375 million); Dapper Labs, which created the NBA’s Top Shot platform (nearly $1 billion worth of basketball “moments” sold since November 2020); and Sky Mavis, maker of Axie Infinity, last year’s blockbuster NFT game (valued at an estimated $3 billion).

“The only place we’re not in is probably Antarctica,” Siu says with a laugh.