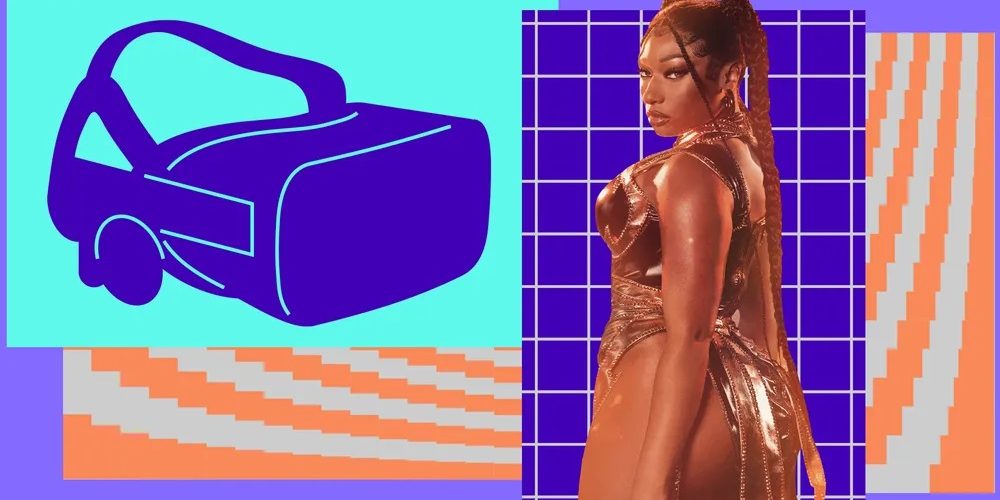 The Music Metaverse Is (Almost) Ready To Conquer The World

The Music Metaverse Is (Almost) Ready To Conquer The World

The technological possibilities for bringing music into the virtual world seem endless; all that’s missing is an artist-driven breakout moment.

Megan Thee Stallion meets my gaze, wags her tongue, and winks. The Houston rap superstar is standing what seems like inches from my face, wearing a black-and-gold bodysuit, at the end of a song from Enter Thee Hottieverse, her new virtual-reality project. Beneath my headset, I feel flushed and flummoxed. The performance, in which Megan raps and twerks from inside a ring of fire, is uncomfortably convincing.

To someone who still primarily engages with music through streaming, physical media, and the all-too-rare live gig, Enter Thee Hottieverse seems different, galvanizing, new. The full half-hour VR concert film, which combines live-action footage with computer-generated backdrops, sold out the first stop of an ongoing tour through movie theaters nationwide, according to AmazeVR, the company that worked on it with Megan. I’ve heard more than once that a preview similar to the one I saw was the talk of this year’s SXSW. If the show is successful, it’s a reminder that the fate of any new media format depends both on the underlying tech and on the content it delivers—in this case, the combination of the VR’s realism and Megan’s charisma as a performer. Later, in a video call after I’ve removed my goggles, AmazeVR co-CEO Ernest Lee beams as he tells me, “This is just the beginning.”

—
Continue reading here: The Music Metaverse Is (Almost) Ready To Conquer The World