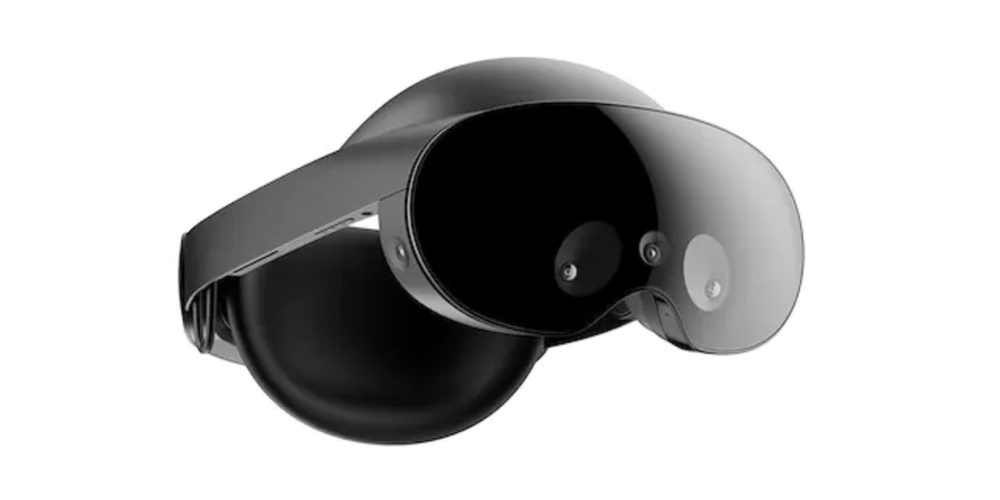 Meta has finally announced the Meta Quest Pro: a $1,499 virtual reality headset it’s been teasing for the past year. The Quest Pro is a new branch of the Quest VR headset lineup, featuring a new processor and screen, a dramatically redesigned body and controllers, inward-facing cameras for eye and face tracking, and a color video feed for mixed reality apps. Preorders open today in 22 countries, and devices will ship on October 25th.

The Quest Pro will sit alongside the $399 Quest 2, which Meta will continue selling as well. But where the Quest 2 user base favors fitness, games, and other entertainment, the Quest Pro is aimed at businesses and professionals who can afford its higher price tag.

The Quest Pro is effectively a heavily redesigned Quest 2 with extra features. Its body uses a thinner stack of lenses, which Meta says cuts its depth by 40 percent compared to the Quest 2. It fits on your head with a padded plastic ring (similar to the Quest 2’s optional Elite Strap) instead of cloth straps, and its battery has been shifted to the back of the headset, rebalancing it. That helps offset the 722-gram weight, which is quite a bit heavier than the Quest 2’s 503 grams, though the difference gets less dramatic with the separate 173-gram Elite Strap.