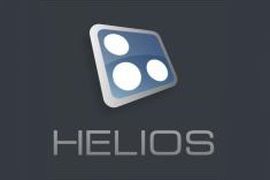 For their 2016-2017 recruiting tour, the U.S. Navy wanted to completely makeover their digital footprint. Keeping in tune with “There’s no tech like Navy tech,” Helios created three innovative experiences that were fully integrated with all digital experiences within their space. Helios built a personalized, RFID-integrated touch screen application that briefed guests on their VR mission.

Helios then created a fully immersive VR experience that put guests at the wheel of a U.S. Navy SWCC boat in order to perform a hot extract of Navy SEALS. To tie the entire experience together, Helios created a second touch-screen application that revealed the guest’s game score and displayed information on specific Naval positions.

The VR efforts are indeed generating “leads” among potential recruits. At the Winter X Games in Aspen, CO., where the Nimitz was stationed, the Navy saw a 48% increase in leads; at the Army/Navy football game in Baltimore, the Navy saw a 126% increase in leads.  In the first two months after the Navy’s VR efforts began,  leads of potential recruits have more than doubled compared to the previous two years combined.