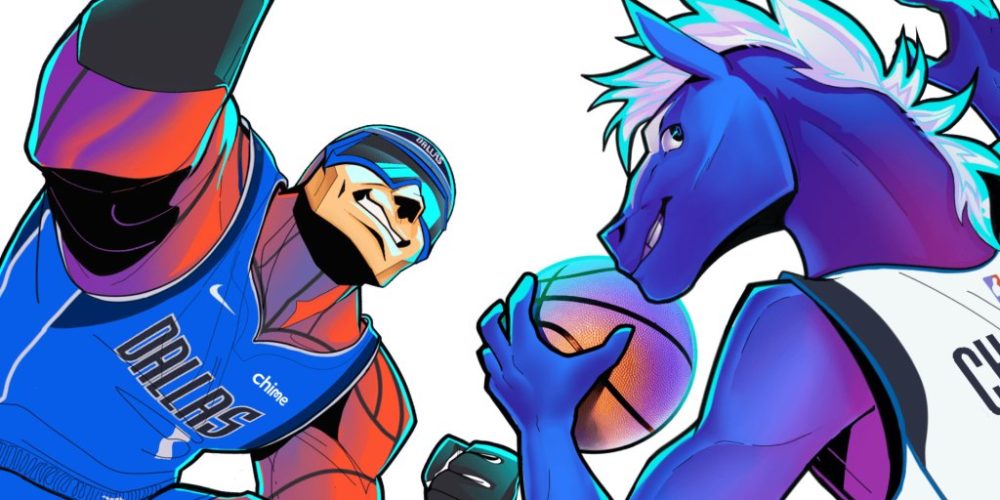 The Dallas Mavericks have tapped Groove Jones again to create Masketball – a gamified digital AR experience for their fans. The game is part of a promotion with the UT Southwestern Medical Pediatrics Group and promotes the idea of wearing a mask to help combat the spread of COVID-19. The “face game” was programed using AR (Augmented Reality) and ML (Machine Learning) to track the player’s face when they have a mask on.

The game is a fun way to highlight the idea of wearing a face mask in a unique mobile game starring the Dallas Maverick’s mascots.

The game is easy to learn and uses your face as a control. Yes, instead of tapping or swiping to control the game, the game was programmed to recognize your face and react to your facial gestures, even with a mask on!

“We call these Face Games,” says Groove Jones co-founder Dan Ferguson. “By using your camera and phone, we can create any type of casual game that incorporates the elements of your face, and make it part of the game. Everyone loves to see themselves in the action.”

Points are awarded for every basket made. Watch out for the Mavs Mascots – MavsMan and Champ, who are playing defense and attempt to block your shots.

After scanning the QR Code with their phone’s camera, it launches the AR face game. No App needed to play – the game experience uses Web AR so it is playable on any mobile web browser.

At the end of the game, players can take a specially branded selfie through the App. This photo can then be saved to your photo album and then shared on your preferred social channel. They can also learn more about UTSW Pediatrics Group, check out the Mavs schedule, and see more Mavs activities through the Web App.

Below are some of the initial concept art and sketches of designs during the production.

Below are some of the logo designs that were submitted. The last logo is the final approved mark.

Scan the QR Code or visit www.mavs.com/masketball to play.

Even Champ got into the fun.