Virtual Reality Marketing is the world’s biggest directory of VR producers. We asked 16 of our members exactly what it is about VR that tickles their fancy. After all, they are the people working with VR on a daily basis. Here is what they had to say. 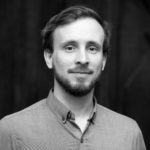 – I see VR as a baby. It’s full of promises but it’s still babbling. I can’t wait for the creative language and storytelling toolbox of VR to become as refined as cinema’s or music’s. It literally gets better every month. I’m waiting for the Sgt. Peppers of VR and everything that comes after 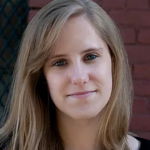 – VR is a whole new medium – it’s so rare in a lifetime for a new way of experiencing content to come out. And I’m not talking about DVD vs streaming – I’m talking photos vs movies. This is as big a change as the first motion picture. And it’s a medium that is truly immersive – the closest a person can come to being in two places at once. People can experience things they would never otherwise experience with VR. That’s an amazing thing. 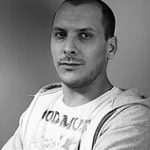 – It’s a brand new creative territory to explore. As pioneers we’ll have the chance to experiment and set milestones in a rupture technology. A technology that is about entering “dream” worlds… “Tank! Load the jump program!” 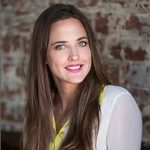 – It’s an entirely new market. Not proven, not old, not known. We all aspire to Steve Jobs and Bill Gates for what they did for the desk top and mobile industry. We now have a new play ground where no one has solidified the way forward, and what works. This is exciting as we’re all apart of this developing and exciting shift in time. 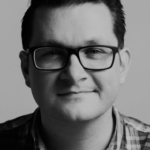 – With VR, I can be an air race pilot or drive the latest car, I can swim with dolphins or travel to far flung places. Brands also have the opportunity to show consumers products before they are launched, to build hype and excitement or on a more practical level offer a ‘try before you buy’. The applications are endless and the diversity of the medium adds to the appeal. From 360 degree video to true VR, there are solutions for different budgets and different stories.

I love this versatility mainly because it makes our day job so interesting – the projects we’re working on are so diverse and different from each other that you never, ever get bored! It’s an exciting time to embrace VR, there are no rules…yet. Consumers are far from tired of this new medium and content done in the right way is met with extraordinary reactions, emotional reactions. What’s not to love and get excited about?! 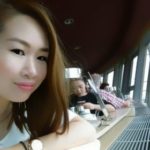 – It’s limitless. We could use VR to change the world we live in, to create a ultimate empathy machine, like Chris Milk once said. We could train surgeons, pilots, soldiers and create solutions for PTSD, insomnia, fear of flying etc. The VR revolution has the potential to provide the best of both worlds when on the move. VR will allow us to be much more engaged with places where we currently are not when we need to be, so the lack of presence in an actual location has far less impact. VR is here to stay and the uses of this tech are immense.

– If we had to pick one element of VR that is the most exciting, it would probably be how utterly unexplored it is as a creative medium. There aren’t a lot of points in history where you get to see a fully unique artistic medium emerge within society and every time it’s happened in the past it’s made a lasting impact on the world. The potential for creative expression that comes with VR is massive, and because it’s such a new medium, there really are no rules. As creators, that’s really exciting to us because it means we have the opportunity to experiment and create experiences that truly and completely unique. 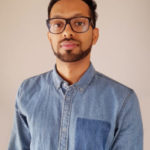 – VR has the power to transport people outside of their physical environment and take them on an immersive, personal journey – whatever the reason. I think that’s pretty damn special. 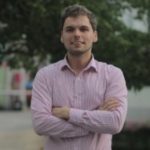 – I think I am still excited with the fact that I can change my surroundings and my opinion about one or another neutral topics by watching a VR/360 experience. A good example was the Syrian refugees that appeared in “Clouds over Sidra”, so from a neutral “I don’t care about them” I have changed to “They are normal people looking for a safe place, and if I would have chance I want to help them”. But most importantly this movie was showcased at Davos Economical Forum 2015 for those people who are actually making decision on the fate of these refugees. So the empathy crossed thousands of miles. 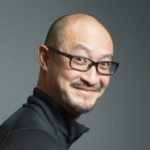 – It’s only going to get bigger and better. Think, there are 2 billion smart phone users, globally, they all have the potential to view VR/360 videos! I really want work with great clients that want to do an incredible immersive story that people all over the world will want to watch. I remember watching my first VR/360 experience and feeling like a little kid, I see that same reaction on people faces when I show them my work. VR/360 video creates that feeling, there not that many products out there that creates genuine excitement and can reach people around the world, VR / 360 video does that. 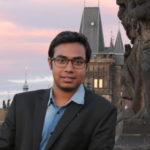 – With VR, the possibilities are endless, we have just seen very little content till now. With POV VR experiences and virtual worlds coming, the line between the real and the virtual will keep on getting thiner. We may have a time in the next few decades, where we might ask our kids which world would you want to live in? 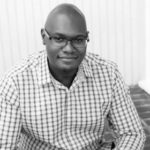 – The unlimited potential of VR is really exciting. In working with traditional 3D rendering programs, there’s a point where you master it and that’s kind of it. With VR it is still evolving all the time so there’s no end in sight. For a geek like me that’s super attractive. 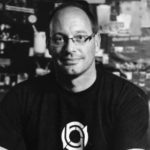 – The possibility of the unknown and how we are all learning together, no matter our background or expertise. There are no experts, there are some designers, developers and dreamers with experience of releasing successful, or not, content but ultimately, with collaborative and easy-to-access creation tools and applications emerging, anyone can get involved and build the virtual spaces that they want to inhabit. 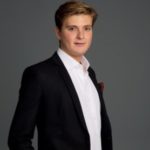 – Oh, good question..for me it is all about creating new disruptive ways of doing business and how the business model will change along the way. 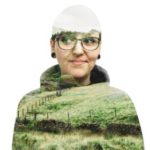 You can get into the most abstract things. You can visualise ideas, concepts, data and be inside of it, have a look at it from within. To take the point of view of something that is impossible in real life. To see places and experience emotions that are new to you and give you a new understanding for this world and everything around us, that is the most fascinating part of VR to me. 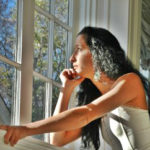 – The world has changed so much in the past 40 years and I feel as if this change has been leading us to this new way of living and interacting with the world around us. VR allows for open thinkers to think even further, it allows for youth to innovate even quicker than before. That being said, everything about the present and future of VR and mixed realities excite me. VR is our future and the future is now!

Wanna see some cool examples of VR in marketing? Check out our case studies section here.